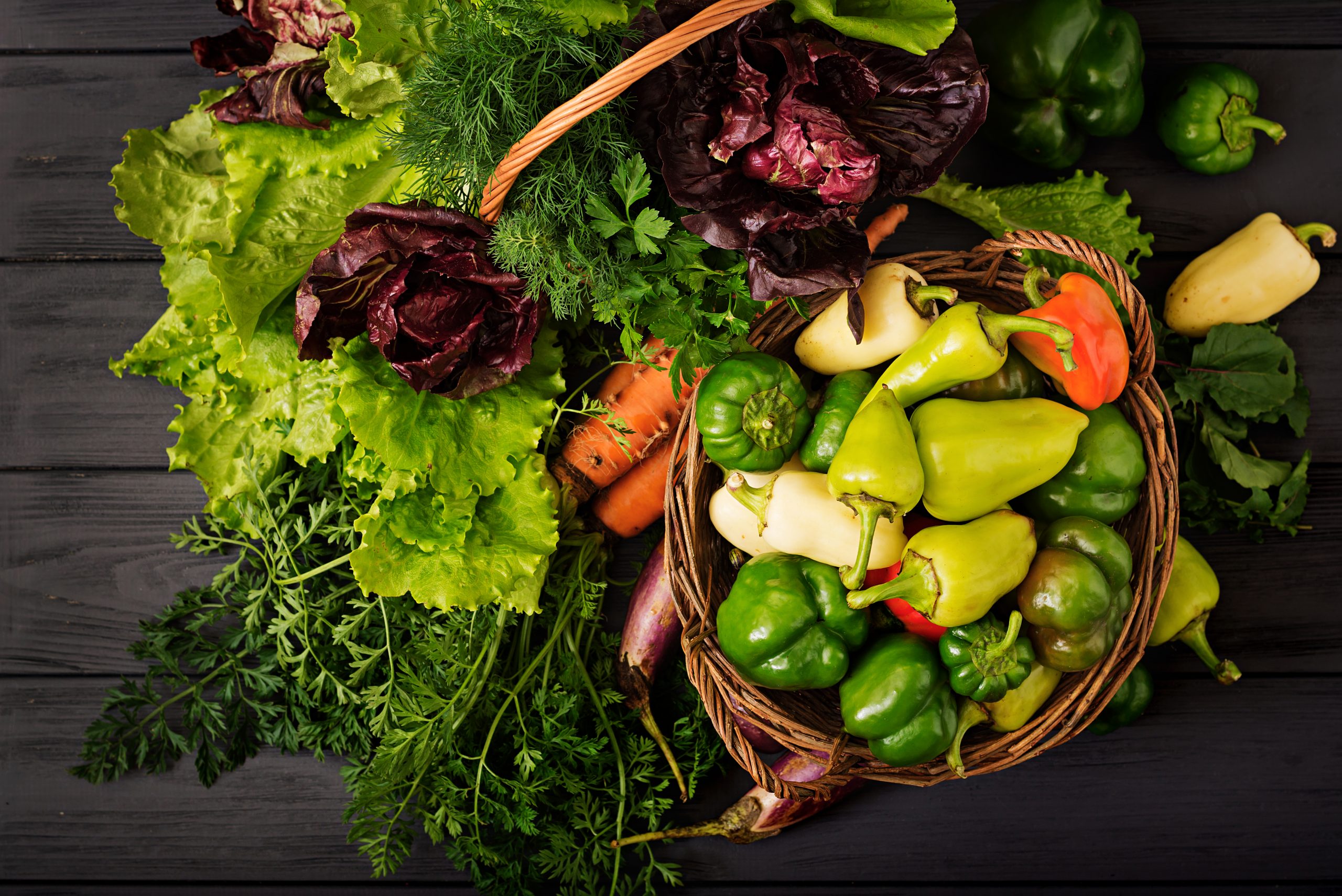 CDC National Center for Health Statistics (NCHS) provides data briefs that are statistical publications available to the public regarding the information relating to public health concerns. In 2018 report publication, was noted that between 2013–2016, almost one-half of U.S. adults tried to lose weight within the last year. (1) Just to reiterate, that would be around 150 million people has attempted to address their weight status via weight loss for a period of 3 years, which would put around 50 million US adults every year. Rather significant numbers, won’t you think, given the fact that per 2018 NHANES Survey an estimated 42.5 % of the US population aged 20 and over have obesity. (2) Most commonly reported ways used for weight loss were exercising (62.9%); eating less food (62.9%); eating more fruits, vegetables, and salads (50.4%); drinking a lot of water (44.7%), and eating less junk food or fast food (42.4%). All mentioned weight loss strategies are applicable and acceptable in everyday life as long as they are implemented long term and become habitual practices as part of one`s lifestyle to assure avoidance of Yo-Yo dieting and regaining the weight lost back.

However, in addition, what if we start changing our mindset in relation to food and weight, that not every calorie is the same, colour matters, and maybe, just maybe try and start using food as medicine. Understand, start and use the power of real foods and plant variety for their potent nutrient, phytochemical, polyphenolic properties in such a way that will just contribute, even more, to pave the way so to speak, for the outcome we use them strategically for.

In order to tackle this viable and very realistic option in context to obesity, first and foremost we should broaden our horizon and understand obesity as a state of chronic low-grade inflammation. Not just an accumulation of fatty stores around our hips and waist as a result of overeating, sedentary lifestyle and imbalance between the well-known notions of the number of calories in vs calories out. Yes, these are most definitely contributors towards the state of obesity, but however in addition we must understand that it does not stop there. Nutrient excess, weight gain and obesity result in an increase in size and number of fat mass and fat cells (adipocytes)(7). This increase in fat cell size and number eventually leads to death of the adipocyte and inflammatory response that includes production and release of pro-inflammatory cytokines and recruitment of macrophages. A macrophage is a type of a cell that is part of the immune system whose role is to engulf and clean up so to speak foreign and unnecessary materials in our bodies Upon release, these macrophages release more inflammatory cytokines, activate pro-inflammatory pathways and more recruitment and infiltration of additional macrophages into the adipose tissue. This eventually will result in cell and systemic insulin resistance and exacerbation of the inflammatory state. With obesity, there is also an increased fat accumulation within the skeletal muscle as well as the alteration in fatty acid metabolism which is another route that leads to insulin resistance (IR). “IR is a major metabolic feature of obesity and one of the key factors in the aetiology of a number of diseases including type 2 diabetes mellitus (T2DM)”. It is well known that obesity is also a strong risk factor for cancer, and T2DM is linked to the development of cardiovascular diseases, such as hypertension and atherosclerosis. (3)

So, yes, obesity is a more complex state rather than an excess of 5 or 20 something pounds and having a hard time fitting into my old jeans.
It is understandable and sort of expected, the notion that a better understanding of the molecular basis of obesity, the changes that happen on a cellular level and the way our bodies cope with them, just might lead to establishing better and more targeted strategies for prevention and treatment of obesity. It is in this context where the use of polyphenols might, just might make a difference or at least aid our body into reaching its own homeostatic balance.

“Polyphenols are a class of natural bioactive phytochemical, present in a variety of fruits and vegetables that exhibit potent effects on biological activities for human health” (3). There are 8000 known different polyphenols (10). In regards to obesity they may play beneficial effects on fatty adipose tissue by influencing a variety of processes and metabolic pathways such as:

Alleviate intracellular oxidative stress-> which, when in excess results in a decrease of energy expenditure (meaning energy used) in the fat cell and an increase in energy storage in the adipose tissue. It is within this concept, this part of the pathway, where antioxidants role kicks in by protecting cells from oxidative stress by trapping free radicals and aiding in the restoration of the cell functions.
Reduce chronic low-grade inflammation
Inhibit the production of new fat cells (adipogenesis and lipogenesis)
Suppress the differentiation of preadipocytes to mature adipocytes.(3)

Some of the plant dietary polyphenols that have been examined in relation to obesity and weight loss include quercetin, curcumin, EGCG and resveratrol. (4)

In the journal of Oxidative Medicine and Cellular Longevity, a 2017 review reports a variety of positive and no effect outcomes in overweight/obese subjects with a daily intake of quercetin: (4)

Among the therapeutic benefits attributed to Resveratrol- RE such as anti-inflammatory and antioxidant properties, RE exhibits potential anti-obesity effects by:

It is proposed that by activating AMPK pathway resveratrol exerts its lipid-lowering effects. AMPK is a master metabolic regulator which signals the body to start getting more energy from different sources. It does so by increasing glucose uptake, inhibiting the storage of glycogen and hence aiding to the improvement of insulin sensitivity. It is in this manner that some of the diabetic medications work for people dealing with type 2 diabetes, such as metformin. (11) In the liver, AMPK decreases fatty acid and cholesterol synthesis, in muscle increases use of fat as fuel and reduces the synthesis of protein, which might affect adversely on muscle growth and a possible increase in appetite, which can be prevented/addressed with the use of branch chain amino acids(BCAA).

Is the primary bioactive polyphenolic catechin found in green tea (6). In human studies, it has been linked to improved haemoglobin A1c and lipid levels, and in rodent studies demonstrates indeed weight loss and improvement in glucose levels and insulin resistance (IR). (3)

Is derived from and is the most bioactive polyphenol in the spice turmeric. It exerts several biological functions, including antioxidation, anti-inflammation and substantial evidence in stimulating 1 β-oxidation, inhibiting fatty acid synthesis, and decreasing fat storage. (10)

A 2020 narrative review published in the International Journal of Molecular Science, contains summarized recent studies that document the potential role of both single polyphenol and some polyphenolic extracts in the modulation of obesity, focusing on human data. (10)

Upon review of the clinical studies mentioned above, one must note the inconclusive and inconsistent study results. One possible rationale for this would include a multitude of factors that might have contributed to these inconsistencies, which can be classified into two groups: study design and bioavailability.

Even though science is inconclusive at this time due to possible reasons discussed above, and more research is needed to confirm and investigate these bioactive effects, at this time, including more polyphenol-rich foods such as onions, broccoli, kale, green beans, alfalfa sprouts, apples, apricots, berries, nuts, seeds, tea etc, into our daily lives as part of our diet, chances are they would influence our wellbeing in a more preventative manner rather than treatment, or maybe even both, rather than hurt it. I see absolutely no adverse and detrimental effects on incorporating a cup of tea in our daily hydration practices or eating a handfull of nuts, seeds and berries in our daily routine. It is an inexpensive intervention, that incorporates real foods that actually might benefit us more than we asked, hoped and paid for.

In conclusion, even though more research is needed, eating foods high in quercetin or resveratrol to address abnormal lipid levels associated with obesity in this case, or EGCG to optimize our ability to use fat as fuel or curcumin for that matter for its anti-inflammatory properties to deal with obesity being a chronic low-grade inflammatory state it might not be such a risky, or an expensive thing to do. Using these nutrient-dense, polyphenol-rich foods as medicine might help us decrease our risk to obesity-related chronic diseases on the long run, all the while becoming a new healthy habit in our daily routines which one cannot put a price tag on.

This information is intended for informational purposes only. It is not supposed to be interpreted as specific medical advice. Regarding therapies, diagnosis and or health conditions please consult with your qualified healthcare provider. 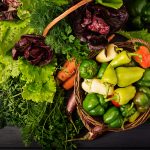 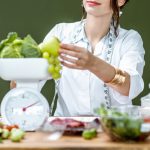 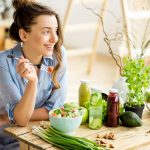 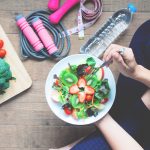 Relationship between Metabolic Health and Severity of SARS-CoV-2 Outcomes